Surrealism, allegory, symbolism in art, social commentary, and brilliant colorist come to mind when perusing this beautifully presented monograph of artwork by pioneering American female painter Renée Radell.  Originally from Michigan, the young mother of five reached mainstream New York art circles in the 1960s and 1970s for her figurative interpretations of Americana family life and her powerful sociopolitical statements as the United States engaged in the Vietnam War and achieved super-power status.

In her insightful essay, art critic and award-winning author Eleanor Heartney comprehensively surveys Radell’s extensive oeuvre and again asks the question raised by feminist art historian Linda Nochlin in a now famous ARTnews article from 1971 “why have there been no great women artists?” Over a series of interviews with the artist, Heartney unearths complex themes that provide a glimpse into Radell’s singular visual interpretation of our collective Web of Circumstance. 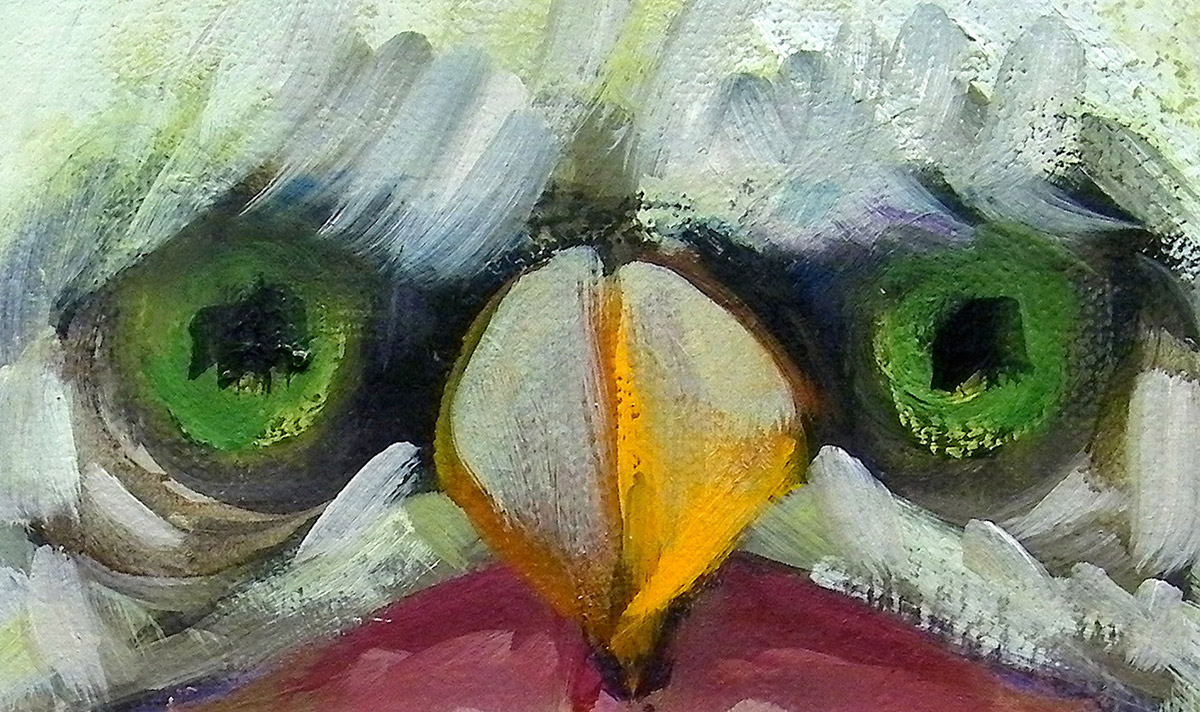 “Renée Radell exemplifies the triumph of art over circumstance. She is proof of Nochlin’s slyly unstated point: There are indeed great women artists. Radell’s unique synthesis of art history, philosophy, social observation and formal experimentation has yielded a body of work that will stand the test of time. Her lifelong dedication to the most profound questions of existence will continue to resonate for all who care about the human condition.”

“Renee Radell is not a Surrealist, but in her souped-up realism is the ritual unemployment of a dream. She sustains a stern psychological undertow. Her people are drowning, unprepared, pregnant, grabbing for power flowers, privileged, then let go.”

“The career this book traces—one spanning nearly seventy years—amounts to a signal achievement in American art. Radell stands with the best artists of her generation not only as a gifted figurative painter but also as one whose works plumb the philosophical, political, and spiritual dimensions of our age.”

Renée Radell is a consummate figurative painter who uses symbolism, surrealism and allegory to convey sociopolitical themes in an art career spanning more than 70 years. She entered the art world in the State of Michigan as a consistent  award-winner for watercolor painting, moving to oil painting during her studies at the Detroit Society of Arts & Crafts, now the College for Creative Studies.

In the mid-1960s Radell emerged in the mainstream gallery scene of New York as a pioneering woman social commentary painter, inciting critical acclaim at home and in Europe. Her sociopolitical suggestions, armed with satire and poignancy, deftly stated with signature brushstrokes, struck a chord among the intellectual avant-garde during a time of turbulent change.  The appearance of an accomplished figurative painter with viscerally impactful themes was all the more astounding even when Pop and Minimalism were new darlings in the art world.

In the early 1980s, Radell moved to New York City where she currently maintains a residence. Compared with earlier literal content, her work has become more subjective and allegorical through the use of myth and symbolism to represent the societal enigmas that she observes so keenly.

A figurative painter at core with broad encounters through decades of professorships in Michigan and New York and extensive overseas travels, Radell also applies brush and palette to portraits, landscapes and still life, ordaining each picture with its unique persona.  She is represented in personal and institutional art collections in North America and Europe, including the Detroit Institute of Arts and the Walter P. Chrysler Museum.